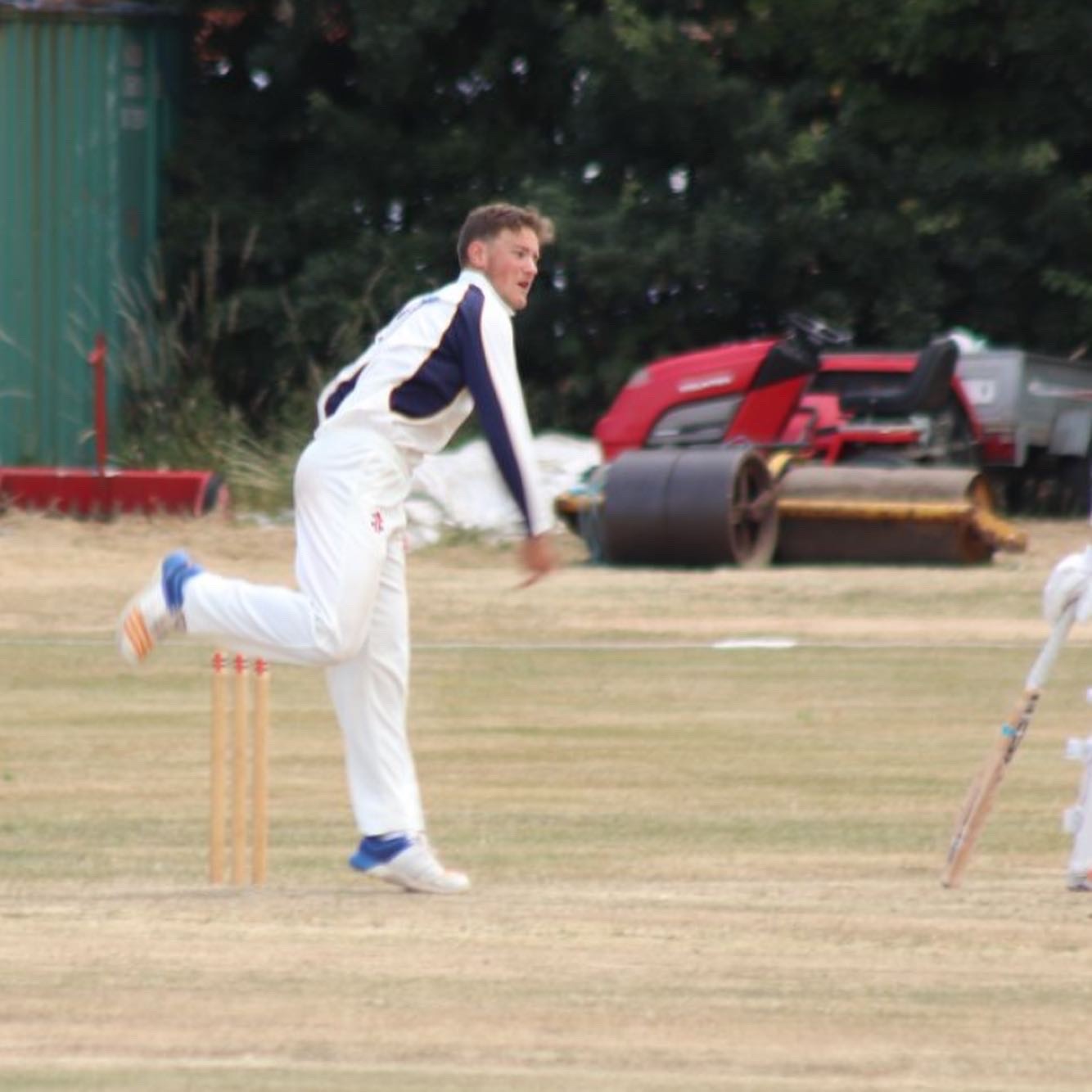 Stretford have now put daylight between themselves and the other promotion hopefuls in the GMCL Div 1 following Saturday’s rollercoaster ride victory over Dukinfield by 20 runs. A five point gap over 4th place is far from comfortable and with Mottram easily wininng against Prestwich 2nXI we still sit 2nd with a game in hand, 2 points behind the leaders. Stretford had homegrown star Tom Coulson to thank for the victory after a fine all round performance.

Stretford showed their character in the the victory over third placed Dukinfield, a team on equal points but heavily relient on two professionals Syd De Silva and Denuwan Rajakaruna Dadallage who wreaked havoc in the reverse fixture.

Stretford won the toss and elected to bat on a used, tired looking pitch and were soon in trouble when in-form Armstrong was bowled from the second ball. Shah (9) and Saynor (7) followed soon after, both caught playing ambitious shots. Wild (9) occupied the crease with determination but edged behind and when Williams (1) and Evans (1) were out Stretford had slipped to 51-8. In recent games this pattern has become all too familiar but Murphy, O’Malley, Whitehead and Khan return soon to bolster the batting.

Coulson (70*) was joined at the crease by his good friend, Ethan Page (14) and both took advantage of the Dukinfield change up bowlers following the nagging spell of De Silva (6/26) and Dadallage (2/32) The pair put on 40 for the ninth wicket until Page was bowled by one that shot through with the score on 94-9. A last wicket partnership of 45 took Stretford 139. Jack Blackwell (7) took a back seat role while Coulson, at first watchful, started to open up with flicks over mid wicket and powerful drives through cover to swing momentum towards Stretford.

In reply, Dukinfield seemed untroubled. The home side sent in Ghafoor (15) and Allen (18) and both Williams and Evans struggled to find the right length on a pitch offering assistance. It was important to capture early wickets in order to put the Dukinfield professionals under pressure and the break through came when Evans (1/27) had Allen caught behind with the score on 33. De Silva’s decision to play on a used pitch backfired when he scratched around and was bowled by Williams (3/29) for four with the score on 43. Morton (14) and the inventive Daddallage (23) put on 40 before being superbly caught by Page at the deep square leg boundary after top edging a sweep shot off the bowling of Coulson. (4/32). Stretford did not have many runs to play with but the pressure was too much for Dukinfield as Morton chipped one to Evans at mid wicket off Coulson and a fired up Blackwell (2/20) smashed through the defences of the lower order batsmen.

The 2ndXI came unstuck at home to Flixton on Saturday with an under par batting performance to blame. Alfie Stamper returned bolwing figures of 3/11 and R Nawaz (5/27) with only Craig Turner (23) offering resistance as Stretford were bowled out for 83. Malhotra (35) and Geary (24) made light work of the chase winning by 7 wickets with a wicket each for Renforth, Wright and Cotton.