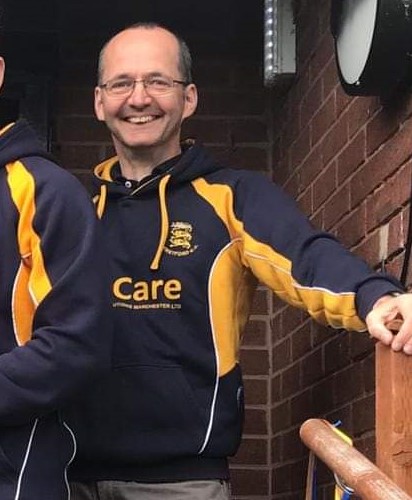 It is with sadness that the club can confirm that Chairman Gary Armstrong will be standing down at the Annual General Meeting after 4 years of leading the management committee and a year as Vice-chair.

Gary guided the club with an ultra professional and careful hand, always making sure that the club stayed true to its roots. He has helped the club through some turbulent waters always balancing risk and reward, and helping to maintain the open, friendly, community club that Stretford always has been. One of his successful core policies was that decisions, especially those that open up the club to debt or risk are made by the group and not by one person. As simple as this sounds it is something that is important to remember.

He has been a fine ambassador for the club and whoever replaces him has some big shoes to fill.

Unfortunately Liz Armstrong is also stepping down at the AGM after 5 years of being Club Treasurer, again leaving a massive hole in the club’s executive committee. Under Liz’s guidance the club has gone from loss making to profitable and is in a robust financial position, with all accounts audited and approved. Liz improved control of bar cash, membership fees and match day fees and drove down costs. Liz has been an ultra committed member of the team working well outside the Treasurer brief, setting the tone for the “voluntary” nature of the club and how it has been built.

Liz’s input will be greatly missed, but she leaves the new treasurer with a stable base, audited accounts and sound financial practices in place.

Liz and Gary’s family have been a credit to the club all actively taking part in all club events but, with both children now on the cusp of university and work commitments growing they have decided that the time is right for someone else to lead the club in a new direction.

During the five years of their leadership the club joined the Greater Manchester Cricket League as founder members, completed a build project that extended the changing rooms, created disabled facilities and refurbish the main room. Liz inherited the project and took it through to completion including arranging an ECB loan to complete the building work, which we are now able to repay. The club’s outside facilities increased in quality during the last three years including a new patio area and outside bar, but in particular the most recent development was the award of grant funding from SUEZ Communities Trust to relay the playing surface at The Boundary, a project which Gary helped to drive through with Christopher Sharp.

The club now needs someone to step up and build their own team as the Chairman, Vice-Chairman, Treasurer, Secretary, Bar Manager and Fundraising Coordinator posts are all vacant.